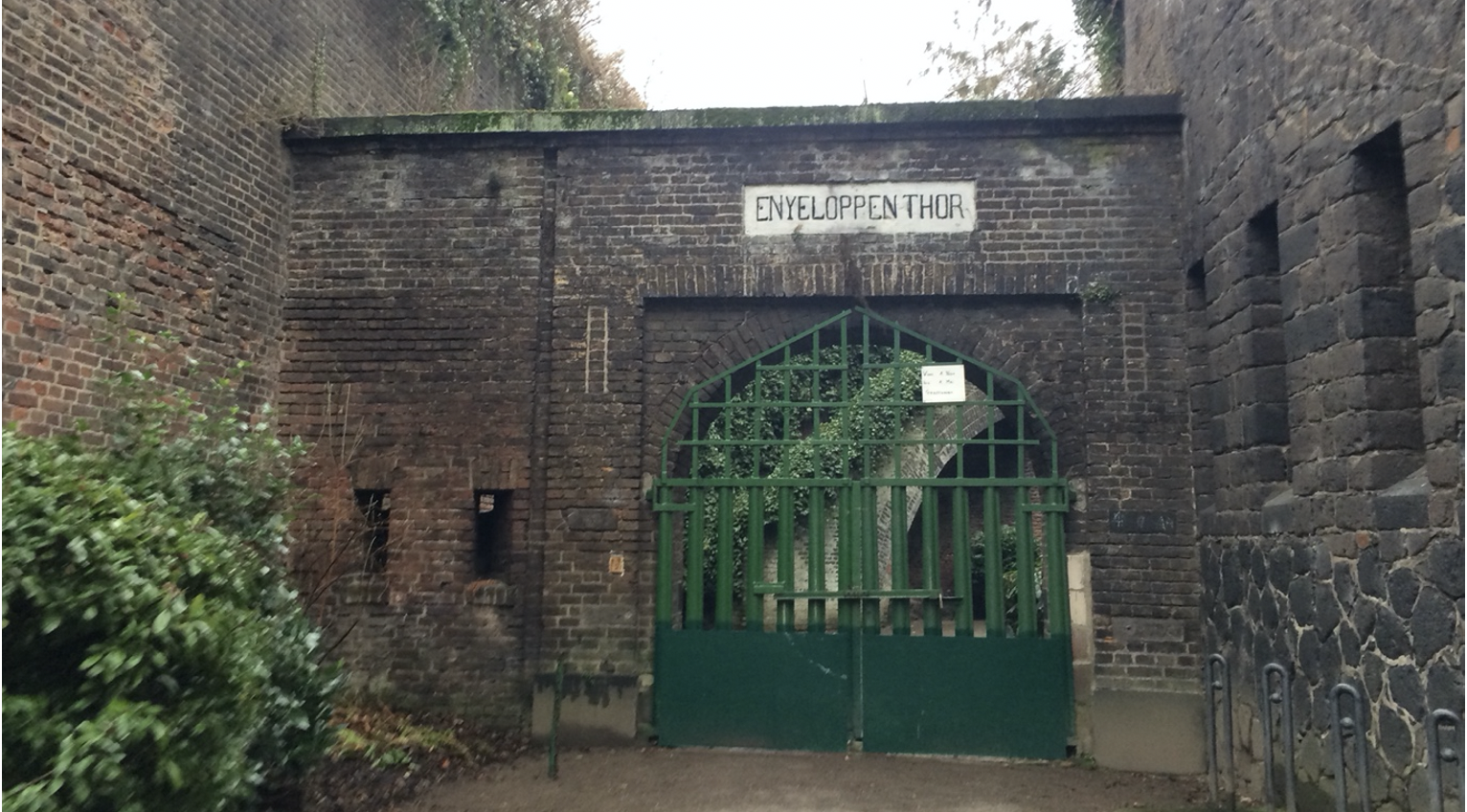 When tourists say we want the ‘authentic experience’, it turns out there is a very specific version we crave: that in which the new and exciting place we are visiting yields up an unending series of activities and sights and restaurants and shops frequented by the locals, offering a genuine taste of daily life. But what happens when there aren’t many activities or sights or restaurants or shops to be found? This is when we discover ourselves in a very different kind of authentic experience: the one where we have to wander for endless blocks through a quiet residential district, caught in a cold drizzle without an umbrella, a Wi-Fi connection, or a plan for what to do next.

Based on the latter criteria, I suppose you could say that I found the authentic experience in Cologne. Two friends and I began our day trip by touring Cologne Cathedral, followed by a walk through a bewildering stretch of high-end shops and chain restaurants. Every other tourist in the city seemed to have the same idea and, trapped in this congested asteroid belt of people, we ricocheted off each other as we flowed sluggishly past illuminated signs and waves of clashing music that streamed out of storefronts.

We quickly grew weary of this bombardment and made our escape down a side street, setting off in search of the Belgian Quarter, an area off the ‘beaten track’ and home to unique restaurants, art galleries, and vintage shops. With sparse internet access, though, we made poor guesswork of where the Belgian Quarter could possibly be, and we soon found ourselves in a sleepy part of town with nothing around us but beige apartment buildings, rows of neatly parked mini coopers, and the occasional grocery-laden resident being tugged along by a small dog in an argyle sweater. 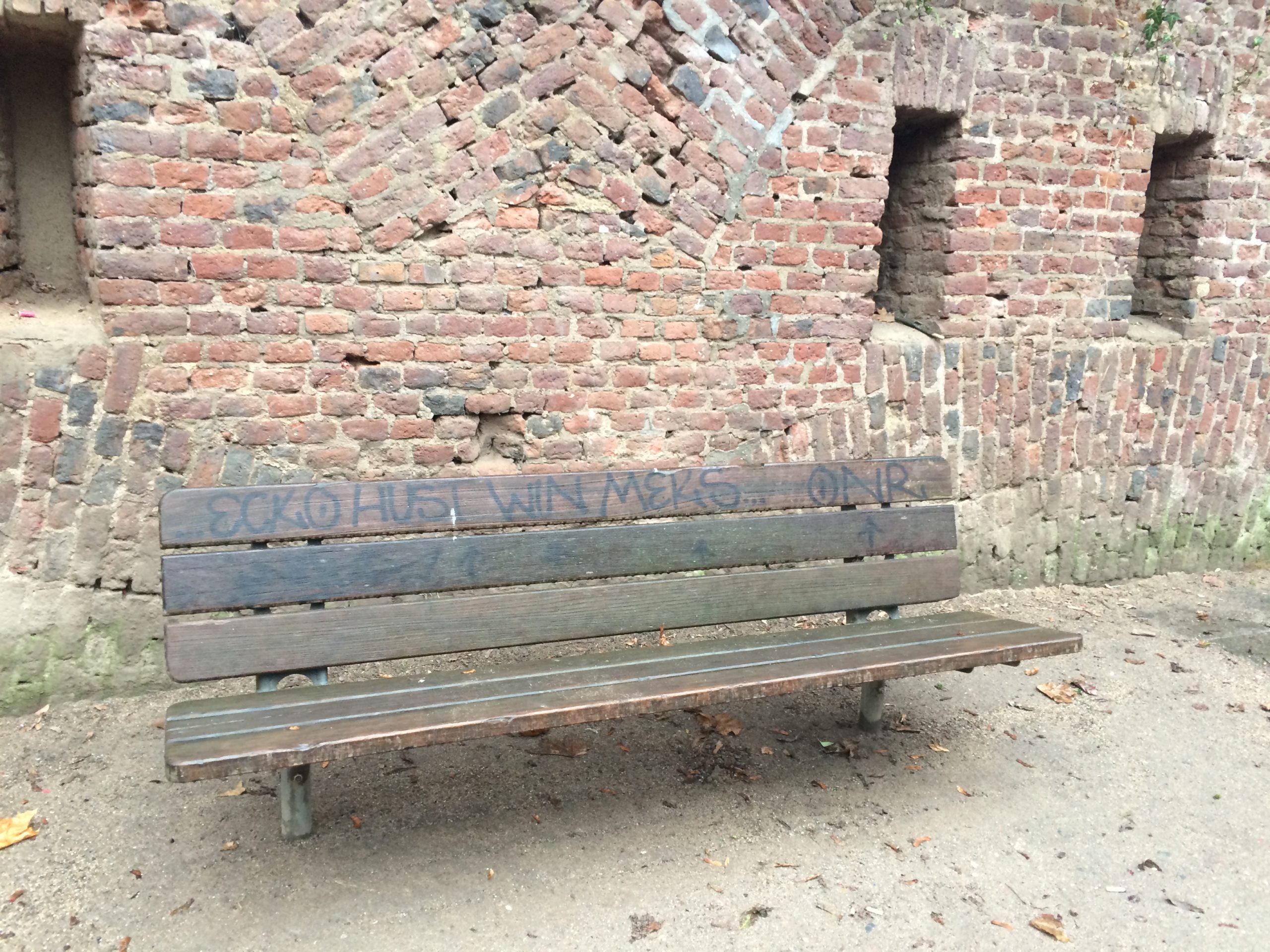 An empty bench in a desolate park | February, 2017

We wandered for a long time, trying to find anything resembling the thrilling pictures of the Belgian Quarter that I had seen online the day before. But we were nowhere near the internet’s promised land, and as we walked further, the overcast sky grew steadily darker and our hope faded into the hazy distance.

We were soon walking through the rain, our sneakers squishing as we ducked in and out of supermarkets and convenience stores, dodging solemn-faced customers running their weekly errands. We were often addressed in the German language, a peculiar experience because, after our many other travels over the last few weeks, we had been conditioned to assume most Europeans spoke English and could recognise American tourists from a mile (or a meter) away. But we had now ventured so far from the city centre that the locals did not expect to encounter foreign visitors.

We paused outside a random storefront with the hope of grasping a shred of Wi-Fi. Leaning against the brick facade, I spotted a group of sullen-faced local teenagers across the street doing the same thing. The scene reminded me of my hometown, where students would hang out on the steps of the library every afternoon, with nothing better to do besides loathsome homework. With their shoulders hunched against the grey graffitied building and cigarettes clasped in their pale fingers, the German teenagers stared over at us with knitted brows and eyes hollowed by boredom on their day off from school. They could sense a peculiarity in us, but they couldn’t seem to pinpoint it. I hoped we hadn’t invaded their favourite hang-out spot, but after a moment of scrutiny their eyes flicked away from us. Evidently we had been accepted into the community.

Later as we wandered on, we encountered several oddities. We found a small bookshop, which we soon abandoned because all of the books were in German and, strangely, wrapped in plastic. We caught a glimpse of a man sauntering down the sidewalk in a comical cowboy getup. We found a group of folk dancers as they were exiting a bus. They were dressed in red and white capes and oddly shaped hats. We stumbled upon some crumbling castle ruins that had been repurposed as a bizarre playground, vacant and somewhat ominous in the fading grey light. These discoveries lent momentary enchantment. But as our otherwise fruitless search for thrills wore on, I found myself longing to return to the flashing lights of the cheap souvenir shops and the warmth of the overcrowded chain restaurants – at least they offered something to do. 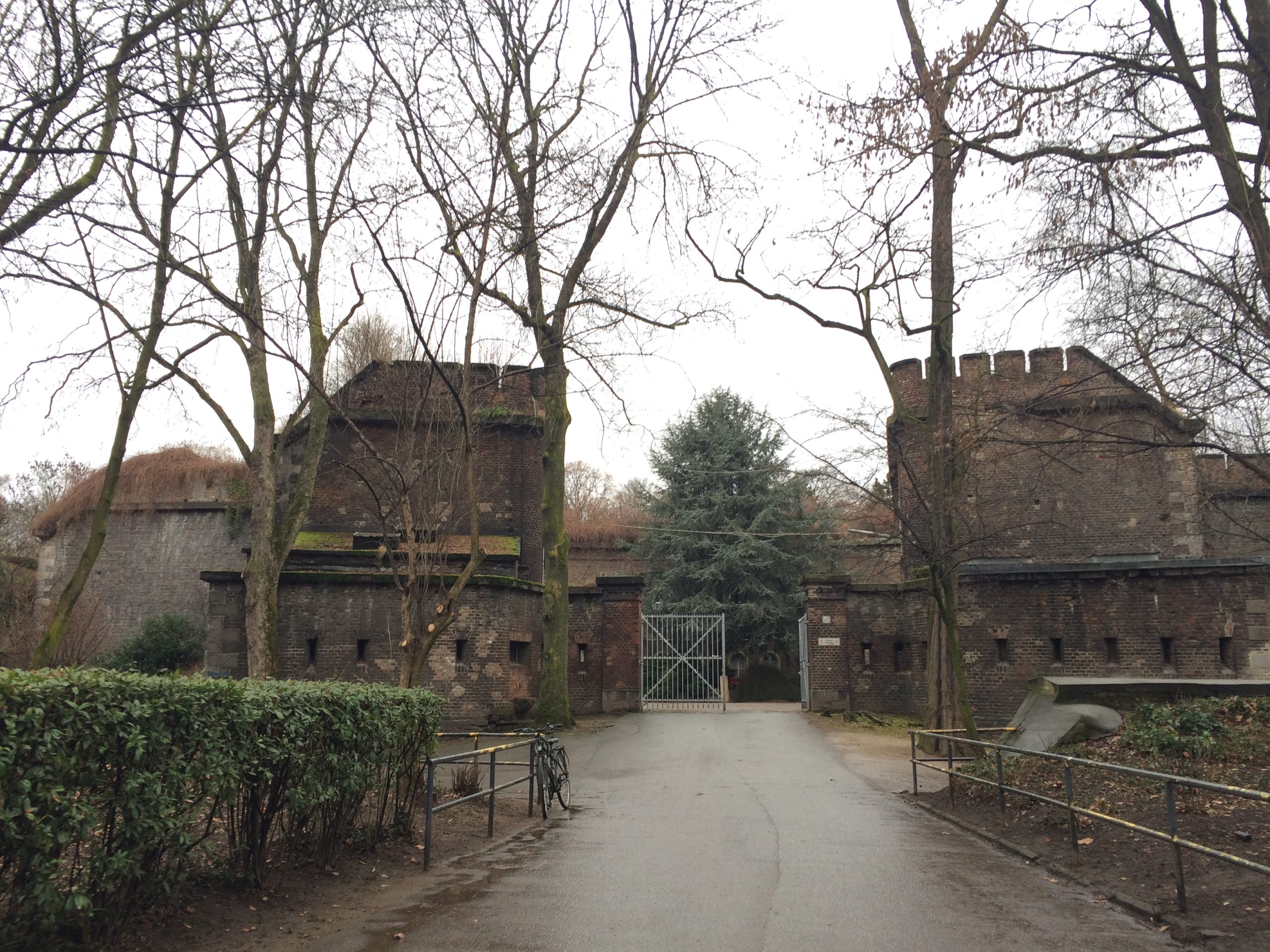 My version of Cologne is a very perplexing one indeed. Though other visitors no doubt have an interesting time there, our visit was truly unique in its randomness. I was surprised when I realised I wanted to go back to the touristy centre. Why? We had, after all, found quite a few peculiarities in the city’s outskirts. But they didn’t fit into our notion of what a day trip to Cologne should be like. Instead of finding weathered statues and cosy underground pubs and quaint curiosity shops packed with antiques, we saw a side of Cologne that its residents see every day: the grocery stores and pharmacies, the grimy stoops and Sharpie-scrawled park benches, the quiet streets pooling with rainwater and the muddy gutters that we continuously stumbled into. There is not much to do, not much to see. It is what the locals experience here, the drudgery of everyday life.

We are often driven to seek out the authentic, the reality of a place. But once we do find it, it’s not always what we want. We seem to want a very specific kind of reality, one that is exciting and filled with things to do and things to look at, and we want the weather to cooperate with our plan. But honestly, how realistic is that?