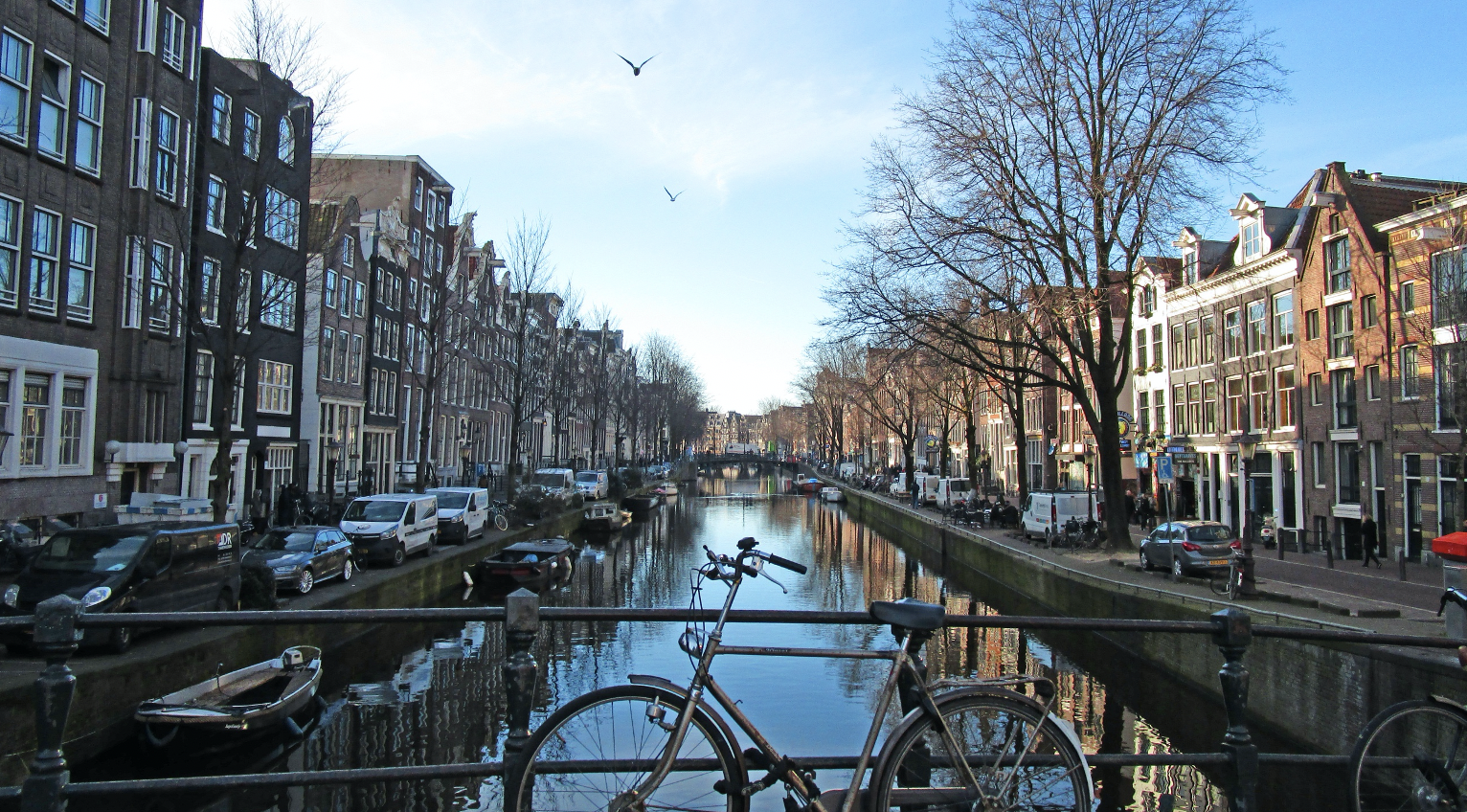 In Amsterdam I learned that convenience stores in the Netherlands tend to have a much wider variety of items than those in America. Unless, of course, you are looking for cold medicine. This happened to be the one item by friend was seeking while on a day trip to the unique Dutch city. She was suffering from a brutal cold and, after several days of battle, was running low on the NyQuil that she had brought with her from the States. So, after our tour of the Rijksmuseum, we began our quest to find cold medicine.

As the museum shrank in the distance behind us, we walked determinedly along the shimmering canals past phalanxes of bicycles and small cars that zoomed swiftly by on the cobblestoned streets. Around us stood the city’s iconic narrow houses, ornately decorated and squished tightly together like one too many books squeezed onto a shelf. But we ignored these sights for the moment, our eyes locked on my friend’s phone, which showed the map to the nearest apotheek, or pharmacy.

When we reached our destination, we found that the apotheek was swarming with people – mostly tourists frantically snatching up forgotten supplies for their vacations. The busy store had a large selection of almost anything one could possibly need. There were socks, lotions, an aisle full of snacks, enormous wire bins piled high with bottled water, shelves packed with purses, backpacks, paper towels, cheap jewelry, sweaters for small dogs, and a plethora of other odds and ends. A large area was solely dedicated to various brands of makeup and hair products.

Unfortunately, the pharmacy section was grievously more limited. We spent several minutes scanning the two small shelves for any recognisable logos and trying to make sense of the Dutch labels, all without success. None of the brands looked familiar, and it seemed that the shelves were mostly composed of herbal tea and heating pads.

Nearby, a pharmacist was talking to another American customer who was apparently looking for the same thing. She sent the American away with a small package and then turned to us. ‘Is there something I can help you with?’ she asked in heavily accented English.

Having grown accustomed to being instantly recognised as American before I even opened my mouth, I was not surprised by her English, and I answered, ‘We’re looking for cold medicine.’

‘NyQuil, if you have any,’ my friend added in a hopeful tone. We assumed that they must have it somewhere in here, and that we had missed it somehow. This was Amsterdam, afterall – a major city, not the middle of nowhere.

At this inquiry, though, the pharmacist merely stared at us in confusion for a moment, then said, ‘No, we do not have that, sorry. But we do have some treatments for symptoms here,’ she said, pointing to a narrow shelf behind us, lined with obscure brands that we had never heard of before. ‘This is for sore throats,’ she said in a pleasant tone as we looked on with scepticism. ‘This is a nasal spray, this is for coughing, this is for headaches, and this is to cool your forehead.’ She picked up each package as she talked, pointing to the long Dutch labels and explaining the dosages. As she listed more remedies like herbal tea and sleeping pills, we soon began to realise that there wasn’t a strong, all-in-one medicine to alleviate the symptoms, so my friend gave in and dubiously picked up a green package of tablets and an armful of pocket-sized tissue packets.

It turns out that the lack of strong cold medicine in the Netherlands has to do with their sick-day laws. The Netherlands is among many European countries that legally require all employers to give their workers paid sick leave. The United States, on the other hand, has no such nationwide law, and it is only mandated by a handful of individual states. Because of this, Americans are less likely to take days off from work to recover from their illnesses. So, while the Dutch have little need for powerful cold medicine because they can take time off from work to rest and recover, Americans often look for ways to neutralise symptoms so that they can still go to work when ill, creating the need for cold medicine like NyQuil.

Besides this, the Netherlands has a general indifference to short-term illnesses. Dutch doctors rarely prescribe medicine for the cold or even flu, believing the sickness should simply be allowed to take its natural course. In other words, just get over it. I can imagine this is what was going through the mind of the pharmacist as she was helping us. The Dutch outlook on short-term illness was not something I was expecting to learn on my visit to Amsterdam, but I found some useful information in the process: don’t get a cold in the Netherlands.